A Crew of Misfits


Progress is being made during our third week of living in Georgia. Slowly but surely, hubby, Noodle, and I are digging ourselves out of the sea of moving boxes. Well, I wish Noodle was doing his share of the digging. Instead, he's resorted to barking at the wardrobe boxes as though they were cardboard intruders.

Our dog isn't the only one in this family that likes to play pretend. We heard of a pirate festival going on by the Chattahoochee River. This weekend, we decided to put productivity on shore leave and headed down to Port Columbus' Civil War Naval Museum to check it out.

I love how my husband isn't afraid to get into character along with me. 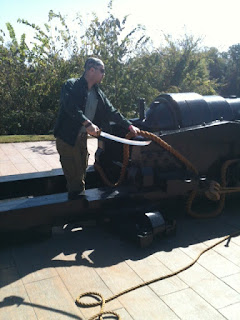 We made friends with the locals. No, my first mate did not run away with the piratess. I asked her to ham it up for the camera :-) 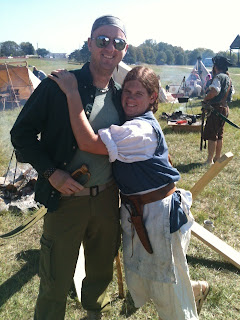 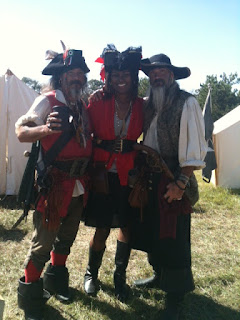 The majority of the pirate festival was held on the museum grounds, but there were plenty of air conditioned educational exhibits to be found on the inside.
I can't get over how this is an actual piece from the wreck of the USS Jackson, one of the largest warships used in the Civil War. The ship was set ablaze in 1865 when Gen. James Harrison Wilson captured Columbus, Georgia. 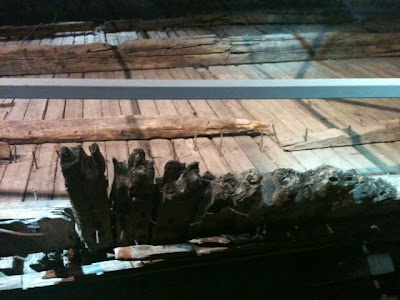 You can still smell the char of the wood when you enter the exhibit room. Amazing. 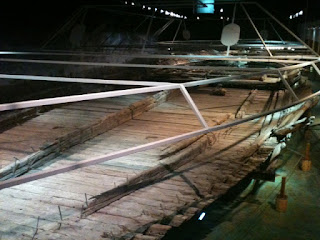 In another part of the museum, we were treated to an exhibit that showed the interior of the USS Hartford, one of the US Navy's flagships used in the war. So much detail went into the construction of the furniture and the mannequins. 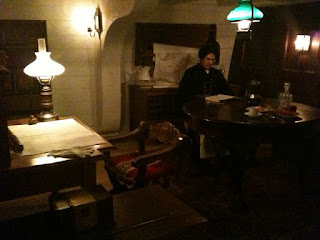 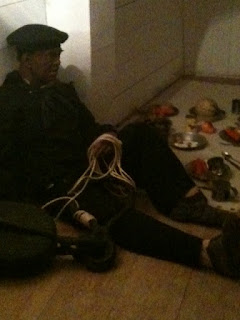 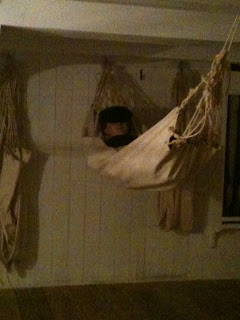 Obviously, I can't get enough of these events, and it makes me happy that the city of Columbus is keeping its history preserved for future generations. If you're ever in Georgia and you want to learn more about the Civil War, come check out this museum.
Ok, back to the house, where the dog is holding the fort against the cardboard intruders.
Do you like historical reenactments? Have you been to one, such as Colonial Williamsburg?
Email ThisBlogThis!Share to TwitterShare to FacebookShare to Pinterest
Newer Post Older Post Home